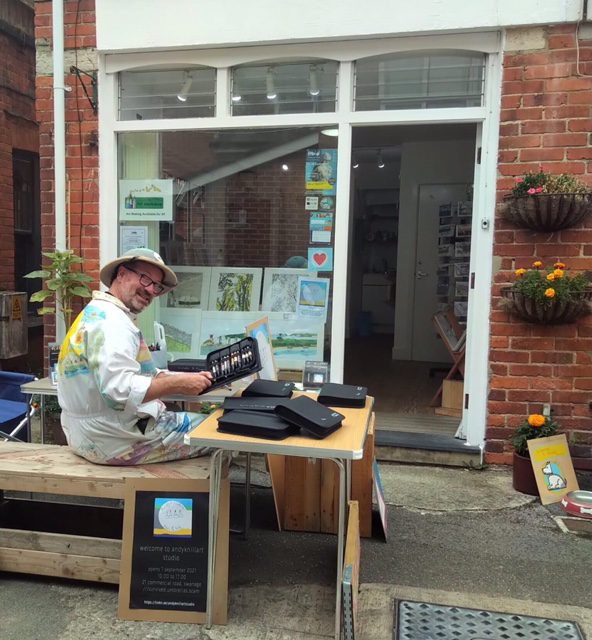 Andy Knill of Andy Knill Art shares how a passion which started as a hobby saved him, and how he’s passing it on to others.

Andy has struggled with mental health since his teens, although they didn’t come to the fore until he was teaching full time as a geography teacher. Between 1999 and 2016, he suffered seven breakdowns, but just took antidepressants and kept going.

Andy is an artist, and after leaving teaching he set up his business called Andy Knill Art in 2017. From his studio in Swanage he sells his original art alongside printed postcards, greeting cards and giclee prints

Andy's Blog | A Change of Art